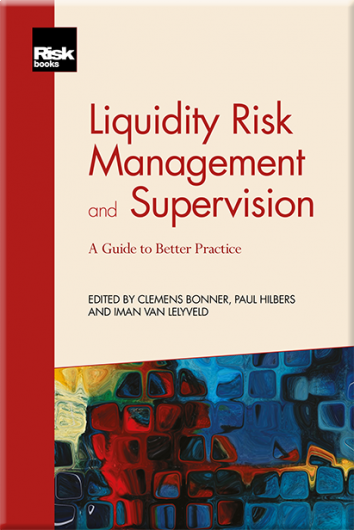 Data Science in Economics and Finance for Decision Makers

In response to the financial crisis, the Liquidity Coverage Ratio and Net Stable Funding Ratio have been introduced. While this was an important step for supervision, there is wide agreement that compliance with these minimum requirements is not sufficient to ensure sound liquidity risk management.

Recognising this, both the Single Supervisory Mechanism and the European Banking Authority are currently in the process of developing guidance to banks and regulators on how to ensure strong liquidity risk management frameworks. Since the in-depth and bank-specific supervision of liquidity risk is a very new topic, many banks and regulators will have to make major efforts to prepare for raised expectations and upcoming requirements.

Clemens Bonner is a Policy Advisor at De Nederlandsche Bank where he focusses on the policy development and supervision of risks related to capital, funding and liquidity. In this capacity, he has represented DNB at numerous international committees and working groups of the BCBS, EBA, ESRB, SSM and the European Commission. Clemens was also involved in the development and implementation of policy for Pillar 2 liquidity supervision and was responsible for developing DNB’s top-down liquidity stress tests. Clemens has published several academic papers on the impact of financial regulation on bank behaviour. Before joining DNB, Clemens has worked for the European Central Bank. He holds a B.Sc. from Humboldt University Berlin as well as a M.Sc. and PhD in Economics from Tilburg University.

Paul Hilbers is Director Financial Stability at DeNederlandsche Bank (DNB) and professor at Nyenrode Business Universiteit. Paul is a member of the Basel Committee, and (co-)chairs the Task Forces on Impact & Accountability of Banking Supervision and Sovereign Exposures. He is also a member of the Financial Stability Board's Standing Committee on Assessing Vulnerabilities and alternate member of the BIS Committee on the Global Financial System. Before taking up his current position, Paul was Director of Supervision Policy at DNB. Earlier in his career, he worked at the International Monetary Fund (IMF). During that period he served as Manager and Mission Chief in the IMF's Monetary and Capital Markets Department and European Department. Paul studied Mathematics at the University of Utrecht and Econometrics at the Free University in Amsterdam, where he also obtained his Ph.D. in International Economics. Paul has published extensively on monetary, fiscal and financial sector issues.

Iman van Lelyveld is a Senior Policy Advisor at DNB and Professor of Banking and Financial Markets at the Finance Group of the Free University Amsterdam. At DNB he has been involved in many regulatory policy issues covering amongst others, interest rate risk in the banking book, deposit guarantee pricing, and CVA charges. He is a member of the BCBS Research Task Force and has chaired several international groups, most recently on liquidity stress testing. He holds a PhD from Radboud University ('Inflation, Institutions, and Preferences') and has published widely on, amongst other topics, interbank networks and internal capital markets. Iman has worked for Deutsche Bank, the Bank of England, the International Data Hub at the Bank for International Settlements. He has visited with Norges Bank and the Swedish Riksbank and has held a position at Radboud University.

5.    How to implement ILAAP - Lessons learned at Rabobank - Agaath Nijboer